The Kilby family has been dairy farming for over 100 years and it shows. They produce ice cream that is too good to be true, only it is. Rich and creamy with fantastic flavors, you can expect nothing … Read More

The 9 Best Tattoo Parlors in Maryland!

Tattoo-Icons Art Gallery is central between Baltimore and Philadelphia “with elite artists to fill every desired style and quality of tattoos and piercings.” With five artists, each with t… Read More

The 15 Best Picnic Spots in Maryland!

The views here are spectacular and you can enjoy them from the land or water. If you own a boat, you can dock at the marina and picnic here while your kids enjoy the play equipment. Non-boaters love t… Read More

The 10 Best Seafood Restaurants in Maryland!

Open since 1944, this classic seafood restaurant is the ideal stop when in Northern Maryland. Havre De Grace has been voted one of the best small towns in the U.S. and it is easy to see why. The locat… Read More

The 10 Best Zumba Classes in Maryland!

Havre de Grace Recreation has one of the most accessible Zumba classes in the area. They invite anyone over 14 years-old for “an exhilarating, effective, easy-to-follow” dance party. Sign … Read More

The 10 Best Wine Bars in Maryland!

You know how you expect to see amazing wine lists at top restaurants in New York or San Francisco? Few would ever think to visit the small town of Havre De Grace for such a stunning wine selection, bu… Read More

The 10 Best Wineries in Maryland!

With a slogan of “Wind, water & wine… enjoy the view one sip at a time,” you can visit Mount Felix Vineyard and Winery on the shores of the Chesapeake Bay and enjoy a perfect Ma… Read More

15 of the Best (and Most Offbeat) Attractions in Maryland!

Hunting for birds is a classic Maryland tradition and Havre de Grace is the decoy capital of the world. The famous and completely odd Decoy Museum is home to a large collection of duck decoys and othe… Read More

The Vandiver Inn in Charlestown, Maryland offers “the style of a downtown boutique hotel, with the comfort of a country inn.” If you’re looking for that bed and breakfast feel withou… Read More

10 Best Places for Appetizers in Maryland 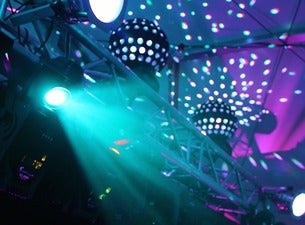 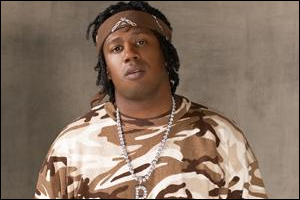 Here are insights from a week's worth of COVID-19 data out of Maryland, Delaware and Virginia as of Monday, Nov. 30: Somerset County holds Maryland's highest COVID-19 positivity rate at 18.07%. Over ... More info »

The previous record daily increase was set Nov. 19, when state health officials reported 2,910 new cases. More than 209,000 people have tested positive for the coronavirus in Maryland as of Friday, ... More info »

Purses for A Purpose

holiday,xmas-tree,bronze,cut-your-own-xmas-tree,2017-updated,aarp,clubs-and-organizations
Here at Pusey Tree Plantation, we provide customers with the option to choose and cut our farm raised Christmas trees.
More info »

step-outside,apple-picking,bronze,2018-updated,aarp,clubs-and-organizations,apple-pick
About Us The Balderston family has been part of the farming community in Colora, Maryland since 1843. Originally the main industrywas dairy. The S...
More info »

bronze,religion-and-spirituality
Our sense of mission is in two areas. First, we have made a commitment to peacemaking. God's Covenant with creation is given as grace and peace. Pe...
More info »

Colora, Maryland. You can view Colora venues that host many Colora MD events every year.