The 10 Best Places for a Kid’s Birthday Party in New York!

Birthday parties at Muscoot Farm are free and so popular that they need to be booked months in advance. Kids can explore the farm, go on a scavenger hunt, or enjoy a hayride.

Zuma Beach Tanning is a full-service salon has UV and sunless spray tanning options for you to choose from. They were voted the Best Spray Tanners in Westchester County, using Norvell airbrush spray… Read More

RameNesque has an additional location in Thornwood, New York, so be sure to check the menu and make sure you’ve got the right location picked out. The location in Peekskill has six different… Read More

The 13 Best Delis in New York!

From their ultra-fresh ingredients to welcoming atmosphere, Rocky’s is exactly what a good deli should be. And it’s open 24 hours! So any time you’re craving a hearty sandwich,… Read More

Considered one of the best farmers markets in New York, this 55-vendor market serves Westchester residents with organic, local products and fun, educational events in Saturdays from May to… Read More

Tucked away in the Westchester woods, Pound Ridge Golf Club has five sets of tees, a par of 72, and a slope of 150. Expect to see stunning scenery, including cliffs, rocks formations, and trees, all… Read More

Le Chateau was once a privately owned mansion built in the Gilded Age that has now been transformed into an exclusive wedding venue complete with crystal chandeliers and immaculate views. When you… Read More

It's hard to imagine this was once someone's backyard, but locals have embraced it as their own since 1983 when it was donated to the state by the Rockefeller family. The land under management has… Read More

The 10 Best Breweries in New York!

This Westchester cooking studio is described as “part culinary classroom, part dinner party.” Your level of culinary skill does not matter, all are welcome. Find classes covering… Read More

Half Step (Playing the Music of the Grateful Dead)
Event 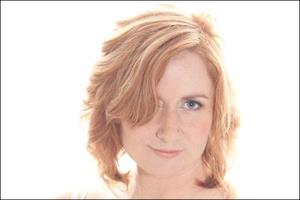 The latest state statistics show 2,019 people in Nassau and Suffolk counties with a previous COVID-19 infection tested positive in the week starting Nov. 21. That comes to a 10.2 infection rate per ... More info »

Women Take to the Trails

Storytime for Kids of all Ages