The 10 Best Wine Bars in Idaho!

This lovely winery—while a bit out of the way when it comes to Idaho exploration—is well-worth the drive. Your discovery of this local gem will leave you feeling fulfilled and sentimental … Read More

The 10 Best Hotels and Resorts for Couples in Idaho!

Yes, Best Western. This particular Best Western Lodge at River’s Edge is one of the most gorgeous retreats you could possibly imagine. Stay in a room right on the water’s edge and take in … Read More

The 10 Coolest Coffee Shops in Idaho!

Yes, books and coffee go hand-in-hand on a relaxing day, but what if you are craving an Americano and your buddy is ready to kick up his feet with a refreshing pint? No sweat! Bucer’s Coffeehous… Read More

The 10 Best Pet Stores in Idaho!

Pets Are People Too, Moscow, ID

Pets Are People Too in Moscow, Idaho, has been in business for 30 years. They specialize in high-quality pet products including food, toys, kennels, terrariums, water pumps, and cat and dog… Read More

The 10 Best Brunch Places in Idaho!

Bloom in Moscow, Idaho, is a café and arthouse serving up tons of scrumptious breakfast options. Choose one of their three egg omelets or scrambles, each served with house potatoes and toast an… Read More

10 Best Places for Appetizers in Idaho

Nectar Restaurant and Wine Bar in Moscow, Idaho features “mind-blowingly awesome food and one of the only full bars with hand-crafted cocktails in the downtown area,” according to their we… Read More

10 Best Places for Dessert in Idaho

Sangria Grille is an upscale eatery with flavors inspired by Latin America. The romantic setting makes for a perfect spot for a date or special occasion. Savor their sweet options like chocolate mouss… Read More

A fun and welcoming scene, the Corner Club is where memories are made. Whether you’re a student, a visitor or a town native, this one is highly recommended. Most nights here are packed wall-to-w… Read More

Since 1989, Hyperspud Sports has “set the standard for supplying innovative, high quality, affordable equipment for the outdoor adventurer locally and around the world,” according to their… Read More

The 10 Best Cocktail Bars in Idaho!

Nectar has been serving up delicious cocktails and food for over a decade. Unlike other cocktail bars, Nectar is a spot to come in and enjoy before going out for the rest of the party. They’re o… Read More 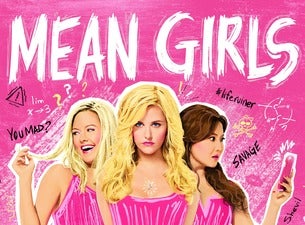 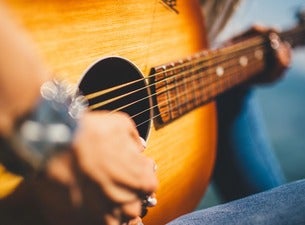 Follow along as we track the latest live coronavirus updates. Idaho currently has 20,100 confirmed cases, 197 deaths and 7,370 recoveries. More info »

Here's What We Know About The 20,000+ Confirmed Cases Of Coronavirus In Idaho

Idaho's Department of Health and Welfare Sunday posted an increase of 218 new lab-confirmed cases of COVID-19, pushing the state past ... More info »

Follow along as we track the latest live coronavirus updates. Idaho has had a total of 161 deaths, 18,114 confirmed COVID-19 cases and 6,203 recoveries. More info »

Idaho reported its lowest daily number of new coronavirus infections in more than a month Sunday, though the added cases were enough to push the statewide total to more than 20,000 since the start of ... More info »

Over the past five days, 45 Idaho residents have lost their lives to the coronavirus, including a single-day record 13 individuals on Friday. The state's death toll from COVID-19 now sits at 193, with ... More info »

A Idaho Republican legislator is taking some heat thanks to a Facebook post where she tried to cast doubt on the details surrounding the death of a pediatric nurse practitioner who died from ... More info »

Brad Little call a special session of the Legislature to address education issues, or adopt liability reform during emergencies. The group of House and Senate judiciary committee members was up first ... More info »

Prosecutors on Monday plan to begin sketching out their evidence against a couple at the center of a bizarre case of two missing children whose bodies were later unearthed in ... More info »

For the most recent daily updates, click here. We're closely tracking Idaho's number of deaths and cases of the novel coronavirus, COVID-19, as well as what's happening as Idaho reopens. Scroll down ... More info »

Southeastern Idaho Public Health has 10 new confirmed cases of COVID-19 (3 in Bannock County, 6 in Bingham County, and 1 in Caribou County) in southeastern Idaho. This brings the total to 339 ... More info »

Friends Of The Deary Library

public-library,aarp,bronze,schools-and-libraries,libraries
Goals As stated in the by-laws: The mission of the group is to build a partnership between the library and the community and to advoc...
More info »

bronze,schools-and-libraries
About Us: Through technology and partnership between parents and educators,the Idaho Distance Education Academy promotes and supports a modern edu...
More info »

bronze,government-and-politics
History of Dearo: The town of Deary was born on September 24, 1907. That was the first sale day of town lots by the Deary Townsite Company, ma...
More info »

public-library,aarp,bronze,schools-and-libraries,libraries
History : The Deary library opened in 1981 in a tiny building on the east side of Deary. After moving the collection to a temporary location w...
More info »

Deary, Idaho. Population for Deary from the last gathering is 552. You can view Deary venues that host many Deary ID events every year.