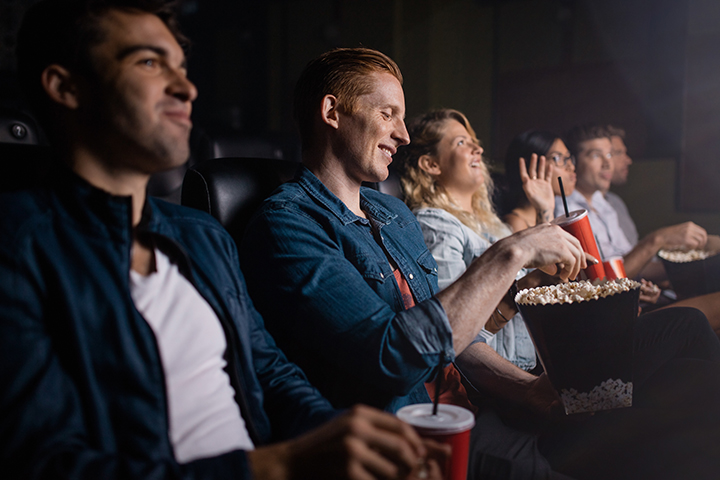 Dietrich Theater's 12 Movies of Chrisrtmas. All Festival Movies are Free.

While recovering in a hospital, a war hero grows familiar with the column "Diary of a Housewife". His nurse  arranges with the column’s publisher, for him to spend the holiday at the writer’s Connecticut farm with her family. But the column is a sham, so the publisher hastens to arrange a publicity ploy by setting up single, nondomestic Elizabeth on a country farm.

A movie full of Yuletide cheer, Elf is a spirited, goodnatured family comedy anchored by Will Ferrell's funny and charming performance as one of Santa's biggest helpers. Buddy is accidentally transported to the North Pole as a toddler and raised to adulthood among Santa's elves. Unable to shake the feeling that he doesn't fit in, the adult Buddy travels to New York, in full elf uniform, in search of his real father.

7:00 p.m: How the Grinch Stole Christmas

In this live-action adaptation of the beloved children's tale by Dr. Seuss, the Grinch decides to ruin Christmas for the cheery citizens of Whoville. Reluctantly joined by his dog Max, the Grinch comes down from his mountaintop home and sneaks into town to swipe everything holiday-related from the Whos. However, the Grinch finds a hitch in his plans when he encounters the endearing Cindy Lou Who.