Several local businesses helped the Summit Volunteer First Aid Squad put the finishing touches on their new headquarters building. Among them was Summit Millwork & Supply, owned by Aldo Curiale and his son Nick, both of Summit. The younger Curiale is also a former volunteer with the First Aid Squad.

Summit Millwork & Supply donated all the custom architectural mouldings used in the building. Their quality work is especially evident in the Squad's conference room. "We allow other non-profit groups to use our meeting and conference rooms and often receive compliments about how nice the conference room looks", noted John Staunton, the Squad's Building and Grounds Chair.

"The new building project was the largest endeavor attempted by the Squad and we are grateful to the many who helped us see it through, including the Curiale family", said Squad President Bob Flanagan. 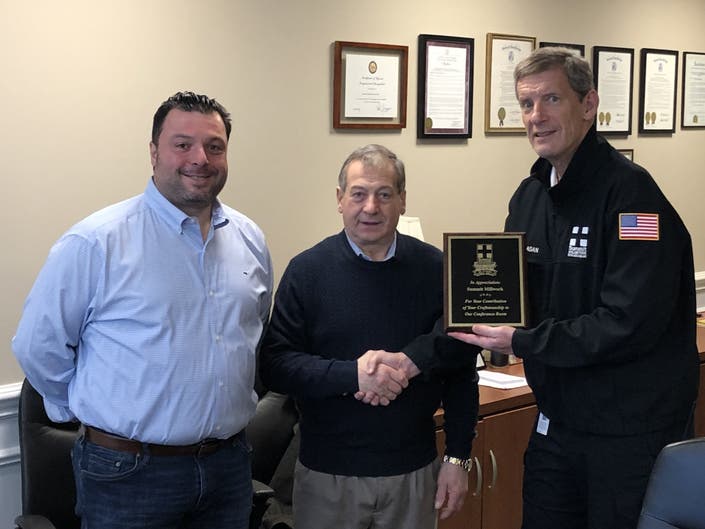 The all-volunteer First Aid Squad, responds to emergency calls 24/7, is entirely funded through private donations and does not bill for service. The Squad is always looking for new volunteers to join its ranks. All needed training, uniforms and equipment is provided. For information on becoming a volunteer, or donating to the squad please call 908-277-9479, or visit their web site at: summitems.org.