The 10 Best Wedding Locations in Virginia!

Salamander Resort and Spa is the picture of elegance and refinement. If you want to be treated like royalty, you won’t do better than Salamander. All wedding packages include a dedicated… Read More

The 15 Best Hiking Trails in Virginia!

The year-round Sugarloaf Loop Trail is one of the more lightly trafficked trails on this list, but certainly worth the excursion. Cutting through the beautiful Shenandoah National Park, the Sugarloaf… Read More

The 10 Best Bookstores in Virginia!

Hole in the Wall Books in Falls Church, Virginia, is located in a non-descript, blue building on an assuming street. But inside is the type of bookstore that bookworms like me dream about. The… Read More

The 10 Best Burgers in Virginia!

MELT Gourmet Cheeseburgers in has been voted Loudoun County’s Best Burger for the past six years. The menu starts with the classics, including the bacon cheeseburger and bacon-blue burger. More… Read More

The 10 Best Places for Live Theater in Virginia!

One cannot write about theatres in Virginia without mentioned Wolf Trap. The park is a 117-acre living monument to the performing arts, from the Filene Center to the Children’s Theatre in the… Read More

The 10 Most Unique Bars in Virginia!

One of America’s “Top 100 Most Romantic Restaurants” according to Opentable.com, Claire’s at the Depot has won a myriad of awards from both print and online magazines. This… Read More

The 10 Best Farmers Markets in Virginia!

The Vienna Farmers Market closes for the winter, but reopens in May to rock out the warmer seasons. This market is “producer-only,” which means that only those that have actually produced… Read More

The 10 Best Karaoke Bars in Virginia!

Lulu Café isn’t just one of the best Korean restaurants in the Centreville area, but their authentic karaoke rooms, known as “noraebangs” in Korea, offer an experience you… Read More

The Best Volunteer Opportunities in Virginia!

The Congregational Community Action Project in Winchester, Virginia, is a “non-profit, faith based organization that brings together churches, synagogues, business, civic groups, bequests, and… Read More

The 10 Best Doughnut Shops in Virginia!

Sweet Shop Donuts Café in Powhatan, Virginia, is primarily a doughnut shop, offering yeast and cake doughnuts baked fresh daily with a wide variety of classics and original creations, but is… Read More 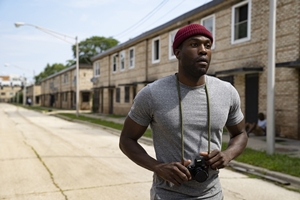 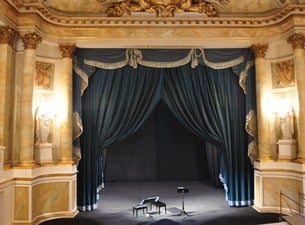 COVID-19 outbreaks in schools: What you need to know

There have been hundreds of cases of COVID-19 reported among students and staff across the region. Thousands of others have had to quarantine. “There is a mixed response from parents,” said Jason ... More info »

Michigan has recorded more than 1 million confirmed cases of coronavirus infections since the start of the pandemic. Officials said Wednesday that the state crossed that threshold by reporting 6,079 ... More info »

VIRGINIA BEACH, Va. - Beautiful works of art made entirely ... The Neptune Festival returned to Virginia Beach this year after it was canceled in 2020 due to the COVID-19 pandemic. More info »

Orlean, Virginia. You can view Orlean venues that host many Orlean VA events every year.