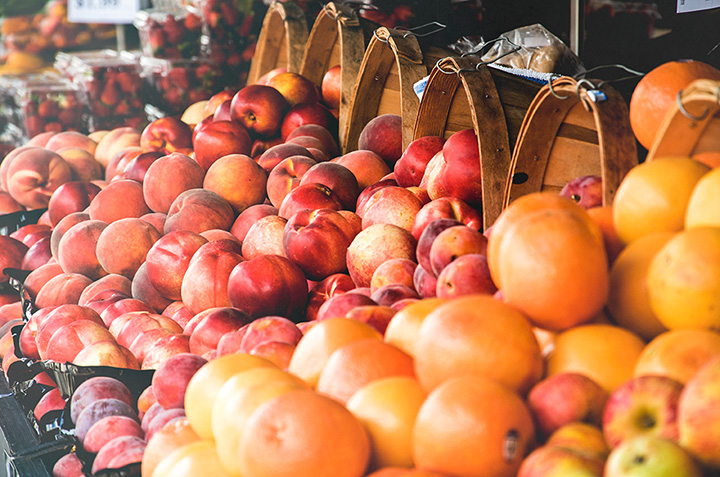 The Hillcrest Farmers Market currently consists of 140 vendors offering a wide variety of locally grown in-season fruit, produce, gifts, arts and crafts, and flowers. On any given Sunday we have about 125 of our vendors. Many of the local farmers participating in the market grow their produce organically or with no pesticides. The market also hosts a large variety of prepared food and hot food items with an emphasis on international cuisine. Additionally, each week, there are a large number of arts and crafts vendors participating, as well as weekly entertainment performed by Shawn Rohlf and the 7th Day Buskers, a local folk band (additional bands play weekly, check out the heart of the market to see who's playing).

The market originally opened with only 35 vendors on the second Sunday in April 1997. The market has been incredibly successful since it first opened and retains the reputation as "The Best" Farmers Market in San Diego County. It was late in 1995 when then acting President of the Hillcrest Business Association, David Cohen, determined that Hillcrest needed a farmers market and that the Hillcrest Business Association was going to be the market sponsor and find a suitable location in Hillcrest to host it. After tirelessly searching for a site and with the help and influence of Congresswoman Susan Davis, State Assembly Person at the time, a deal was finally made with the Department of Motor Vehicles to use their parking lot.