For an all new view of the incredible Lake Winnipesaukee, the Mount Major Summit Trails are not to be missed. Explore the moderately easy blue trail for a 1.5-mile journey suitable for older and sligh… Read More

This trail measures at 2.6 miles of easier terrain, making it perfect for beginners, or for families who ride together. A fantastic opportunity to learn a new skill and make lasting memories Read More

New England Furniture has amassed countless regular customers over the years, that appreciate not paying a delivery charge or setup fee, and having the opportunity to pay for their furniture on a laya… Read More

The 10 Best Omelets in New Hampshire!

The Farmer’s Kitchen serves breakfast all day, and one bite proves why. Try specialty omelets, and don’t you dare leave without trying some of the in-house corned beef hash! Read More

Jay’s Bayside holds true to its name, with a prime location just across from the Alton Bay docks. Apart from setting a lovely scene, this situation allows for the very cool option of arriving fo… Read More

For almost 20 years, Andrew’s Marine Service has provided Lake Winnipesaukee with great boats and even better customer service. A variety of boats are available for fun in the sun, and all six d… Read More

The 10 Best Spas in New Hampshire!

The only spa/Italian restaurant hybrid in New England (possibly anywhere), Adagio is an indulgent yet convenient escape from the stress of it all. Treat yourself to a massage and heat bath in the saun… Read More

Over 40 varieties of scratch made doughnuts makes Stonehouse king in Barrington. Feel like family at this classic bakery with stellar service.  Read More

Literally connected to one of the best spas in state, a trip to Barrington location  is potentially the most relaxing option around. Indulge in a hot stone massage, and then wander over to Dante&… Read More

In addition to training skilled CrossFit enthusiasts, Battle CrossFit aims for its members to have fun while engaging in these training classes. They also offer classes for children and promote family… Read More 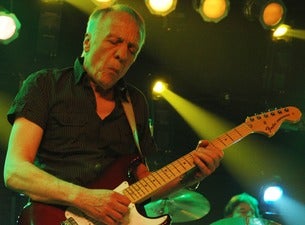 The New York Beegee's & A Tribute To Donna Summer
Event 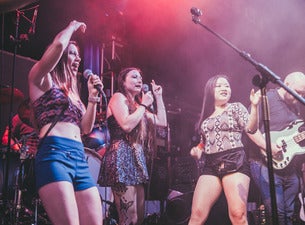 NHPR is continuing to cover the developing story around coronavirus in New Hampshire. Bookmark this page for the latest updates, including case numbers and ... More info »

The New Hampshire Department of Health and Human Services on Thursday reported 35 new positive tests for COVID-19, but no additional ... More info »

CONCORD, NH — Health officials in the state of New Hampshire reported the highest number of new positive COVID-19 cases in the ... of the new cases live in Strafford County — the most reported ... More info »

To date, 11 people linked to the party have tested positive for COVID-19, and the New Hampshire Department of Health and Human Services is asking anyone who spent time at the Strafford Avenue ... More info »

seasonal,fair,craft-fair-show,december,holiday,christmas,arts-and-entertainment,festivals,state-fairs,craft-fair,fairs
Christmas in Strafford is when the local artisans and craftspeople of Strafford, NH (and friends) open their homes and studios to the public. ...
More info »

holiday,xmas-tree,2015-updated,bronze,aarp,clubs-and-organizations
Gordon and Carolyn Page welcome you to High Meadow farm to choose the perfect tree and wreath. We have a variety of tree types including the popula...
More info »

Strafford, New Hampshire. Population for Strafford from the last gathering is 3626. You can view Strafford venues that host many Strafford NH events every year.